“[T]he music, the lyrics and the overall performance are very satisfying to the listener. It is the audio equivalent to when you look at the clock on Friday and find out there are only 2 minutes left till the end of your shift.” - Jad Farhat

FOR3ST HILLS is an independent rock band based in the United States, formed by Zero Surico (left) and Jack Burton (right) in Autumn of 2018. FOR3ST HILLS has released multiple albums and singles. FOR3ST HILLS has been based in several cities including Los Angeles, New York City, and Las Vegas.

Our band is both LGBT+ and Christian, and being that we are both neurodivergent ourselves, our band prides itself with advocating for mental health and donating to charity each month.

Other Info: Zero's pronouns are he/him, Jack uses any pronouns. Our band was previously known as Forest Hills. Our first two albums ("Break Free" and "Renegade") were released under our old name, Forest Hills. 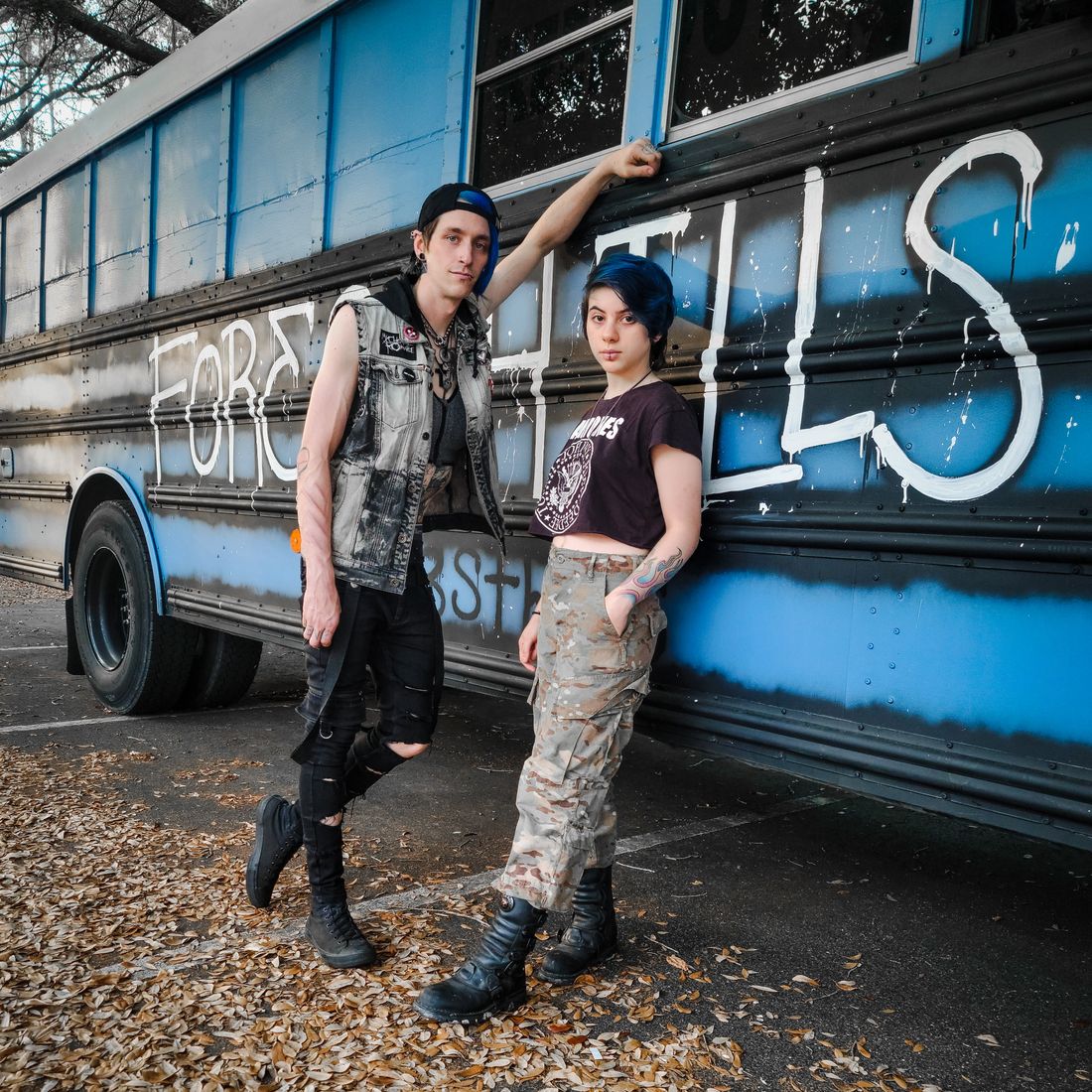 "Why the name 'FOR3ST HILLS'?" Our band is named after Forest Hills, Queens, NYC, which is where our singer (Zero) grew up. Our band's name used to be spelled "Forest Hills", but we changed it to "FOR3ST HILLS" shortly after releasing our second album (Renegade). We did this to stand out more easily in search engine results, as searches for "Forest Hills" will typically display results for the town first, rather than our band. Our name is still pronounced the same way, despite being spelled as "FOR3ST HILLS" now.

"What are your influences/inspirations?" Actually, we don't have any! Both of us listen to a massive variety of music and always have - but we don't take influence or inspiration from any specific bands, artists, or genres. That's part of why our music is so unique; because we aren't trying to sound like or emulate anybody else.

"Will you ever add more members to the band?" We do not plan to add any more members at this time. Our band has always been a duo and that is what currently works best for us in terms of creating music.

"How old are you both?" Zero was born in 2000, Jack was born in 1990. We prefer not to advertise our actual birthdays as we prefer to celebrate our birthdays in private, with those closest to us. If you're curious about our zodiac signs, Zero is a Sagittarius, and Jack is a Libra.

"Are you working on any new music?" Always! Making music is what being a band is all about, so we wouldn't be much of a band if we weren't always working on some form of music. Whether it's an upcoming album release, a single, or some other form of content, FOR3ST HILLS always has something on the horizon. Stay up to date on our social media to see what we've been working on!

"Where is FOR3ST HILLS based?" FOR3ST HILLS is based in the United States of America, but the actual city/state we reside in changes from time to time. Our band originally formed in Los Angeles, California; but we moved to New York City shortly after forming. We've also been based in Tampa, Florida, and Las Vegas, Nevada!

"Are the members of FOR3ST HILLS in a relationship?" Yes, we are. We did not know each other prior to forming FOR3ST HILLS; but after forming our band, our relationship followed soon after. We've been happily together ever since.

"Is 'Zero' his actual, legal name?" Yes, Zero is actually Zero's legal name; however, we do need to point out that it's really rude to ask a transgender person if their name is their "actual" or "real" name. It's really none of your business to know, regardless of how unconventional their name may sound!

"Have you gone on tour before?" FOR3ST HILLS has played many shows, including in cities like Los Angeles and New York City. We moved to doing Livestream concerts exclusively after the pandemic. We are currently building out our band's tour bus and will be hitting the road as soon as it's finished! You can access our Livestream concerts through REB3L Nation, here.